GetSwift to raise $5m and list start-up GetSwift on ASX

Unlike most early stage businesses that go to the public markets as a source of capital, though, GetSwift does not need the cash.

GetSwift chairman, former media executive and Blue Chilli president Bane Hunter, said the capital raising was aimed at proving the long-term viability of the business to prospective customers, who expressed concerns about its cash levels when doing due diligence.

“So the primary reason for listing, for us, is the issue of visibility and governance. Then, heart on hand, we wanted to show that you can use Australian institutions to leverage your global penetration,” Mr Hunter said.

Joel MacDonald in 2012 during an AFL match, a game that taught him to get back up after a knockdown and do it for your team. Sebastian Costanzo

The start-up has constructed a series of algorithms which let businesses optimise delivery routes, streamline their dispatching and task assignment, send branded alerts automatically to customers about their orders, and capture digital proof of delivery via photos or signatures.

Mr MacDonald founded GetSwift off the back of his experiences running the delivery start-up Liquorun.

“As it continued to grow and expand around Australia we ran into the same challenges: where is the driver; who to dispatch jobs to; and how to optimise the most efficient route,” he said.

“Technology can solve all of these problems, but when we looked at it from a 30-foot overview, we realised it was a much larger problem on a global scale. But unless you have the budget of an Uber or a Domino’s, most companies can’t solve these problem profitably.”

While GetSwift started off as a product to help manage Liquorun’s logistics, it quickly emerged as a stronger business in its own right and won the interest of major US business Whole Foods, who invited the company to the US.

In the past 16 months the business has grown from nothing, to being used in more than 50 countries by companies such as Instacart, Lion Nathan and Shopwings.

In the last financial year it banked $348,404 in revenue, and through the listing it will be valued at just over $25 million.

The company is tracking towards a December listing. Also in December, the ASX is considering introducing tighter listing rules, meaning companies with less than $5 million in net tangible assets and also valued at less than $20 million would be blocked from the exchange.

“We’ve reviewed these requirements and we pass both tests, so for us, we think it is a positive outcome for the whole ecosystem,” Mr Macdonald said.

GetSwift has an issue price of 20¢ a share and Cygnet Capital has been managing the raise.

The company also completed a pre-IPO capital raise of $1.5 million earlier this year, which was reported by Street Talk.

While the company has just filed its prospectus, it has already completed its roadshow and Mr Hunter said there was a high degree of interest.

“We met with a number of institutions, private wealth funds and also brokers, and universally we were well received,” he said. “I’ve been on a number of roadshows from the other sides, and it could not have gone better.”

Mr MacDonald said he was aware of the challenges young companies faced in going public, such as investor scrutiny when the business model is still being finalised, but he was prepared to tackle them head on.

“It comes down to our communication. What you see and what we say is what you get. Every change we make will be raw, honest and directly communicated with the public. That’s how you build trust and transparency with shareholders,” he said.

“I was an average footballer. But moving into this game that we call business, you get knocked … and it’s not just for two hours, it’s 24 hours a day. I built the ability to take those knockdowns and get back up and do it for your team, your fans and even Australia.

Trading Valley for Alley: an Aussie founder’s guide to moving to New York 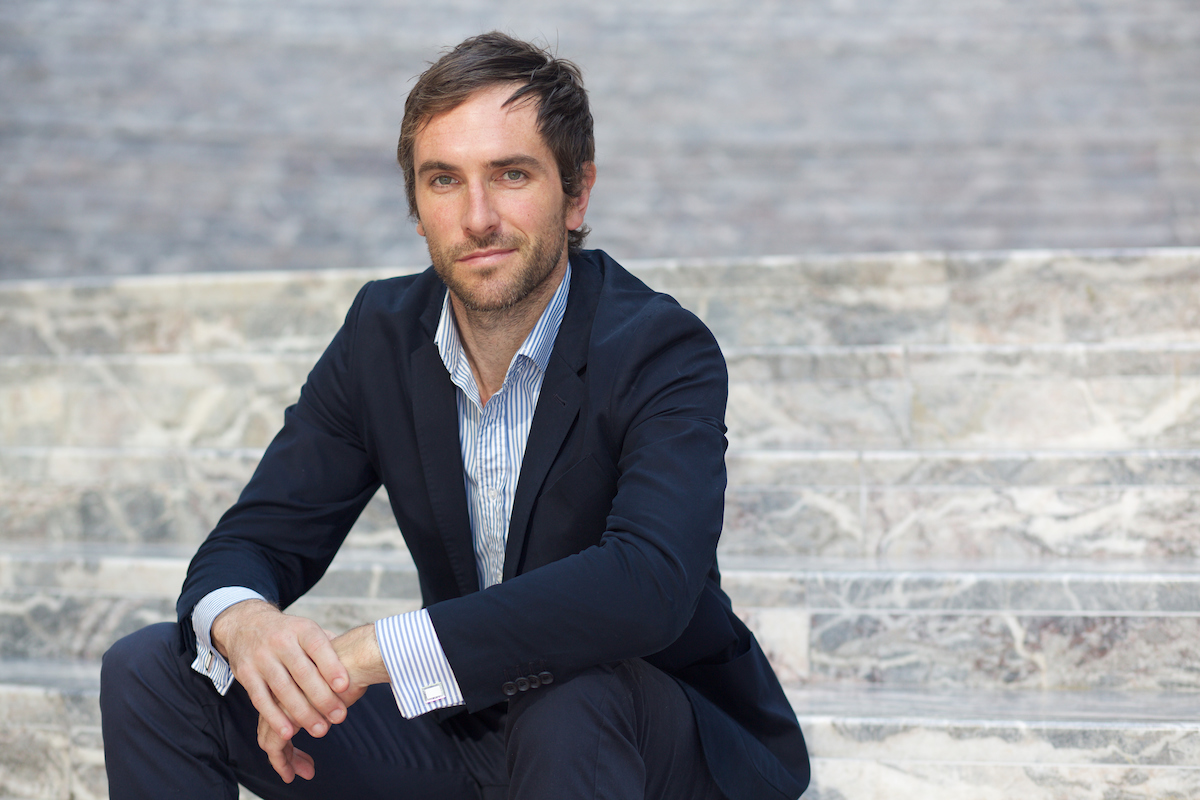 So, you want to move your startup to the US? Well, you have a choice.

You can head on over to the typical place to base your company: Silicon Valley, or you can follow our route and head to the Big Apple, the undisputed epicentre of business in the US.

There are distinct advantages to going east instead of west. Dubbed Silicon Alley, New York’s startup scene has blossomed over the past couple of years on the back of it being a hub for collaboration between startups and America’s largest companies.

For instance, by moving to New York as opposed to Silicon Valley, we were able to secure multiple deals not just with US companies but also European, South American and emerging markets to grow our global delivery logistics platform.

But it’s not an easy move. The sitcom Silicon Valley details – with some degree of accuracy – the tropes and tribulations of the Valley. But there’s very little out there on New York’s startup sector, and how you balance living and working in one of the world’s busiest cities.

So, off the back of our experiences, here are our most practical top tips for cracking the scene and giving your business the best chance to succeed in New York and the East Coast of the US.

Before you move, jump on the Australians in New York Facebook page – it will help you find an affordable place to live

What’s the hardest part about moving to New York? It’s not finding contacts or talent for your company. It’s finding an affordable place to live.

Whatever way you slice it, living in New York is expensive. And it’s tough to find a bargain apartment from a distance ‘in a neighborhood you would want to live’ – unless you are willing to pay an agent up to $7000 to find one for you. So consider jumping on this Australians in New York Facebook page straight away. One of its main functions is connecting Australians with affordable living arrangements.

Also, consider where you want to live in New York. Its transport systems – both public transport and ridesharing networks – are excellent. Living a mere 15 minutes further away from where you are working could save you thousands and land you a more spacious pad.

Finding a place to work? Consider these hubs and coworking spaces

Unless you already have some cash behind you and have already arranged an office, you’re going to want to find a good cafe or public space to work from when you first arrive.

This WorkFrom community site provides a really good map of WiFi cafes across the city. Below are a few of our personal favourites:

The last one is easily a favourite spot. But beware, you can’t take phone calls.

If you are looking for a coworking space try The Farm, NeueHouse, and New Work City. They can fit you out with a casual spot for a price.

You’ll find plenty of like-minded entrepreneurs in New York, but it’s a big city, so the trick is all about finding them.

Coworking spaces are a great place to start, so while you may not want to pay for a desk, you do get the added benefit of networking if you invest in one.

There are a few other key meetups, however, that you should consider. One of the best – and free – is DUNY or the Down Under New York Tech Meetup. It’s growing in influence. Financial Services minister Kelly O’Dwyer and Victorian Small Business and Innovation minister Philip Dalidakis have addressed this group in the past six months.

If you are looking to move further up the chain and network with like-minded professionals, then consider a membership at the SOHO House. It’s exclusive on the basis that it looks for people with unique backgrounds rather than high net worth. It’s also global, so there’s that added benefit.

Keep in mind that in New York, you may have hundreds of acquaintances but only one or two might be true mates. It’s a big city, but it can be lonely.

Timezones are a killer, be ready to work late – and don’t move over early in the year

Get ready to put in some long days if you are still doing business back in Australia. Just as your New York business day comes to end, Australia starts waking up.

Conference calls and Skype meetings between your 6pm to midnight become a very normal routine for an Aussie techie living in New York.

Managing your New York day routine and schedule is the key to making this work. It’s true that New York never sleeps, so you’ll never be without a place to eat or something to do afterwards if you do burn the midnight oil. Business in New York does not stop on weekends so don’t be surprised if you get emails on a Sunday, with a response expected the same day.

Speaking of timezones: do yourself a favour and don’t make a New Years resolution to move your office to New York at the start of 2017. It’s freezing in February. The best time to move and acclimatise is March through October.

Trade coffee meeting for phone calls – and when you do meet, leave the right impression

Australians love to get things done over a coffee. In New York, the best you’ll likely wrangle initially is a 20 minute phone call.

Typically, the New York lifestyle is based around trying to cram as much into each day as possible. Phone calls play well into this dynamic. In New York, business relationships get built over time and are mostly based on success.

If you do finally meet in person, keep your appearance in mind. Execs and New Yorkers alike tend to gauge your status by looking at, in no particular order, your shoes, your watch, and your grooming. You don’t have to dress like a fashion model. Just be mindful that there is a larger focus on appearance and expertise in New York than in other cities.

If you don’t do anything else: get a local involved with your company before you move

One way to avoid a lot of grief and cultural shell-shock when you move over to the US is to partner with a New Yorker, or at least a US citizen.

Thanks to having our current chairman, Bane Hunter, on board before I moved, I learned the easy way how to navigate the complexities of the US market, including minor details like which public holidays Americans are willing to talk shop on. On some holidays, like Thanksgiving, they prefer not to be disturbed.

But his help extended beyond understanding cultural pleasantries. We landed our first enterprise deal on the back of Bane’s relationships in New York.

Adapting to New York is always going to be a challenge, but a familiar face and some grassroots knowledge can give you the edge you need to succeed.